Finally the World Has a Playable Tetris T-Shirt Tetris. Is there any one video game in history that has capture more of our time and imagination? OK, maybe Mario or those Angry Birds or even Minesweeper. In any event, Tetris is absolutely one of the most popular games ever made and, as a matter of fact, helped sell the world on portable gaming. Who knows, maybe without Tetris we wouldn’t have smartphones, and thereby smartwatches, at all. It’s been thirty years since Tetris first arrived on the scene, and to celebrate its birthday there is now a t-shirt that is a fully playable version of the game. Looks fun, even though you will have to touch yourself in public in order to play.

Luxembourgian inventor Mark Kreger has done the world a significant solid by creating this t-shirt, which features a fully playable version of Tetris right there on its front-side. The controls are on either side of the screen so, yeah, you pretty much play your own stomach(or have someone else play your stomach. Ooh lala.) It was created by pairing anÂ Arduino Uno microcontroller with 128 LED lights. The result, as you can see in the photo, is a pretty spiffy shirt-version of the popular puzzler. The shirt does need 4 AA batteries in order for the game to work, however. Please not, even without the batteries, it still functions nicely as a regular old t-shirt.

As far as when you can see something like this on store shelves, there has been nothing formally announced. However, it’s a good idea and we wouldn’t be surprised if it started showing up at party stores like Spencer’s and other similar places. In other news, no, the shirt doesn’t come equipped with the amazing music. Bummer. 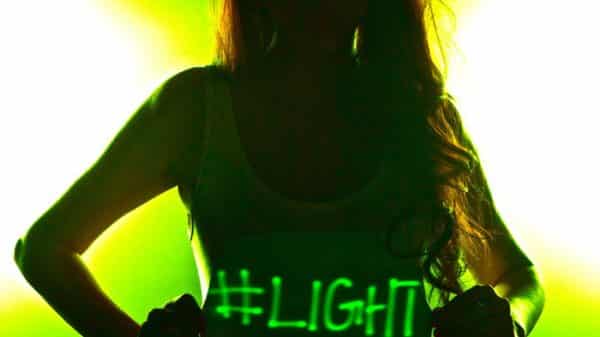 LUM Shirts Light Up With Whatever Your Mind Can Think Up Another WiFi Detecting T-Shirt from Flashwear Fraunhofer Fitness Shirt Does More than Keep You Cool This Biometric Shirt Analyzes How You Are Breathing A New Kind of Fitness Monitor – The Smart Shirt Modded t-shirt lets you know when you have new emails Syte Shirt lets you carry around your iPad