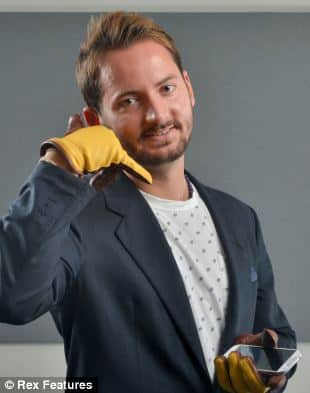 The idea isnâ€™t completely new. A couple of gloves that work as phones have come out in the past year or so, but none have been as fashionable as this! This new glove phone model is known as the â€œTalk to the Handâ€ and cost a cool $1500 a pair!

The gloves essentially have a speaker unit inside of the thumb of the glove and a microphone inside the pinky. This way you can talk on the phone using the classic phone hand gesture. The gloves themselves arenâ€™t phones, but they connect to your phone via Bluetooth and act as a way to use your phone without having to take it out of your pocket!

The aim of this project is to illustrate the possibility of gadget recycling. There are an estimated 70 million unused mobile handsets in the UK alone, according to O2 Recycle. The goal of the project is to give all of these unused handsets a second life, instead of having them fill up our landfills.

The creator of them, Sean Miles, who is an artist, takes a pair of the classic Miu Miu and Pineider leather gloves and inserts the speaker and microphone inside of them. Mobile users can then have easy access to their phone while keeping their hands warm!

The Talk to the Hand gloves had their own exhibition in July, and visitors to the exhibition had the possibility to win a pair of their own gloves. Judging from the exhibition, the gloves might be on mass production soon.

The next project for Sean Miles is to combine phones with handbags in order to cut the time people spend going through their bags looking for their phones. â€œWhether itâ€™s consoles or cameras we should think of them as a resource that we need to recycle responsibly rather than dispose ofâ€ Miles says. 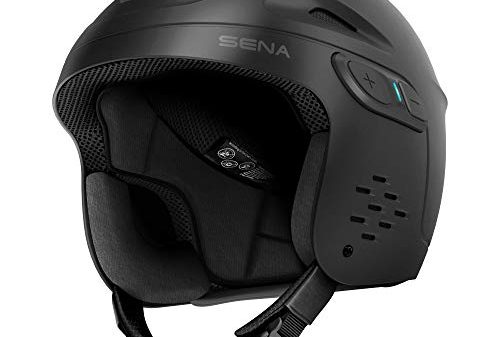 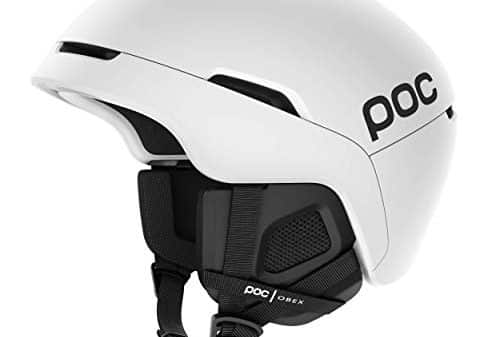 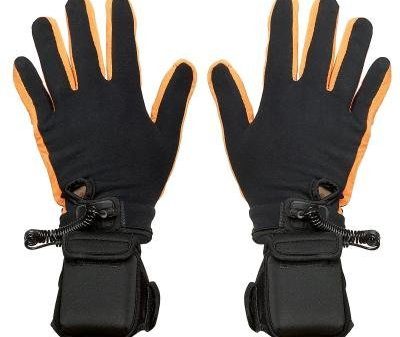 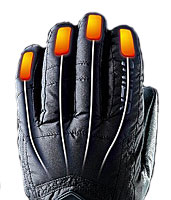 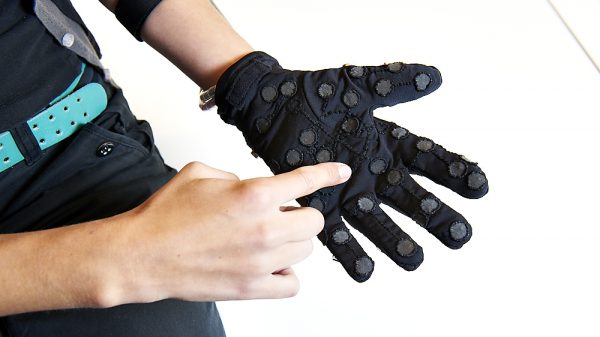 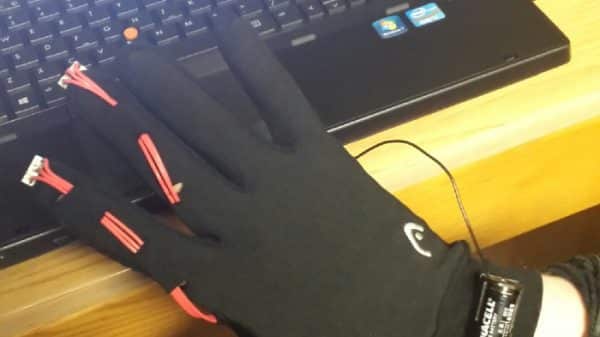 The Mouse Glove is a, well, Glove That Doubles as a Mouse 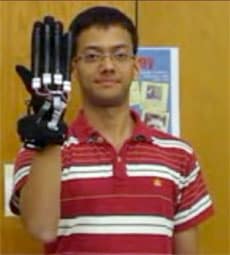 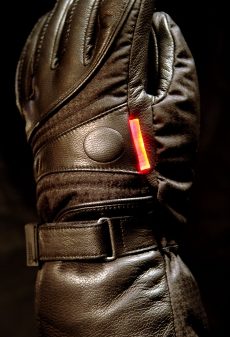 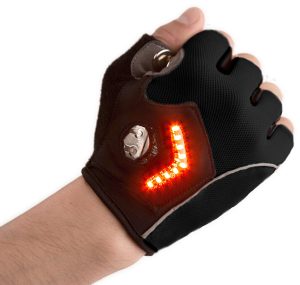 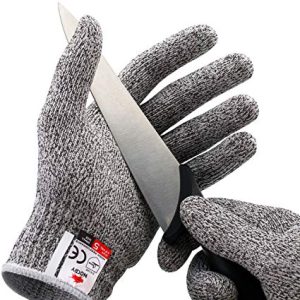 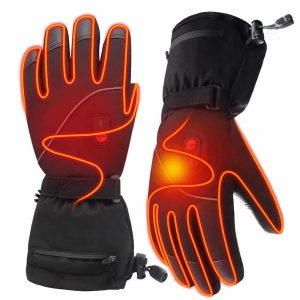 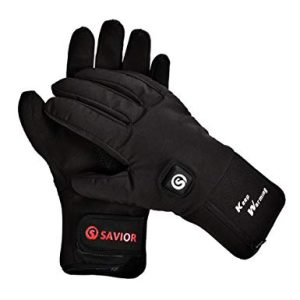 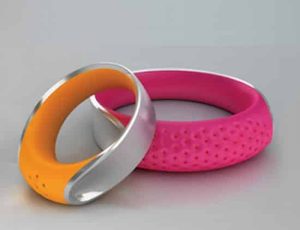 Color Rings by BCK – Talk To Your Hand 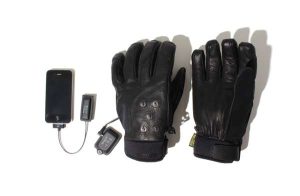 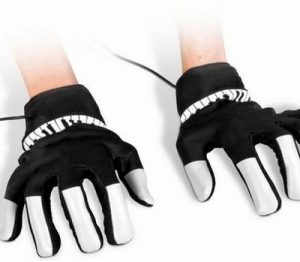 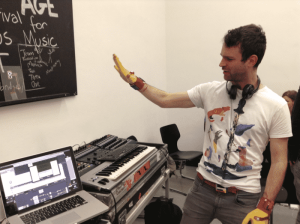 Mi.Mu Glove Lets You Control Music Just With Your Hand 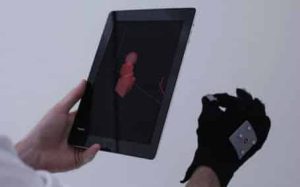 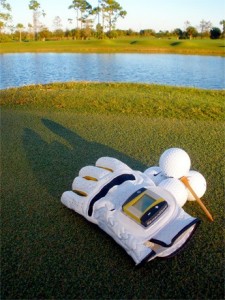 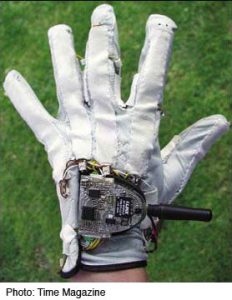