We recently picked out the Amazfit Band 5 as our ‘Affordable Fitness Tracker of the Year’ at the 2020 Wareable Tech Awards.

So you have it on good authority already that it’s an activity tracker worthy of your wrist space. We regarded its original MSRP of around $50 to be ‘affordable’ for consideration for that hotly contested Award, and now it’s even more wallet-friendly.

Amazon has the Amazfit Band 5 discounted to just $29.99… that’s a massive 40% saving on a fitness tracker that only went on sale a couple of months ago.

The Amazfit Band 5 punches way above its weight (and lowly price-tag) with a rich array of features.

It looks very similar to another budget fitness tracker and that’s because Huami, the company behind Amazfit’s wearable range, also makes Xiaomi’s fitness trackers, including the Band 5’s brother-from-another-mother, the Mi Band 5.

The two trackers share a strong resemblance not just aesthetically but also in terms of what they’re capable of. The Band 5 has all the same core fitness tracking and smartwatch features, but also comes with a few extras. Most notably, it has Amazon Alexa built in.

You can use the voice assistant to ask questions, set alarms, and timers, create shopping lists, check the weather, and control smart home devices.

It’s water-resistant to 50 meters and there are 15 days battery life and also boasts the ability to measure blood oxygen levels thanks to the inclusion of a SpO2 sensor.

At less than $30, it’s a incredibly attractive proposition. 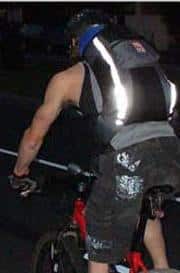 Here is a Smart Basketball That Tracks Your Every Shot